As a result of its advantages of less investment, easy start-up, low risk, and high profitability, river crab breeding in shed land has become one of the important projects for civil investment in the coastal areas of East Jiangsu and East China. Based on extensive investigations and researches, the author puts forward measures to improve the cultivation technology of river crab crabs in greenhouses in combination with their own seedling raising operations. The summary is as follows.

1.1 The area of â€‹â€‹the mouth of the pool is now 40 to 50m2 in most nursery ponds, and some even reach 80m2. The advantage of Dashui Sports Seedling is that the water quality in the early stage of nursery is stable, but after Z4, the disadvantages of large bodies of water are exposed: First, water quality is difficult to update, and the effect of water ambassadors changing water is not satisfactory. Second, the juvenile plague angle is serious, especially in the Z5 to M stage, and the risk of high-rate residual disease is high; In short, Dashui Sports has a large number of disadvantages, and the author suggests that the nursery pond area should be controlled at 20 to 30 m2.

1.2 Pool bottom treatment It is generally believed that the soil has good dirt absorption properties. At present, the bottom of the pool nursery is pure soil research shows that the soil has a certain ability to absorb dirt but no ability to break down the dirt. The soil is like a sponge. It can initially adsorb a large amount of residual contaminants. As the time passes, the soil absorbs him and he is no longer adsorbed. At this time, the larvae in the nursery pool are in stages Z4 and Z5. The bait and feces are covered again. The bottom of the pool also becomes soft during long-term immersion. At this time, it is impossible to improve the quality of the bottom by sucking the dirt. This is the reason why the water quality in the late stage of pond rearing becomes poor and difficult to control. The author believes that the bottom of the pool can be covered with a layer of color stripe film, directly as the bottom of the pool. Through such measures, the residual bait produced during the nursery process will settle directly on the color strip film to facilitate the suction of dirt. The rough surface of the color stripe film is conducive to the formation and adhesion of biofilms on the bottom of the pool, and can prevent the pH value of the water body from being affected by the large amount of quick lime used in the construction of the ground.

1.3 In order to prevent flushing of dirt from the bottom of the pool in earthen seedlings of aerated earthworks, gas stones are usually suspended at a distance of 20C from the ground. The weakness of this arrangement is that the 20cm water layer below the gasstone lacks exchange and becomes an oxygen-depleted zone. Once the residual bait dung is reached in this area, it is difficult to be washed again by the water. These sedimented soils accumulate fermentation and produce harmful gases. Until the Z5 stage Z5 sinks into this area of â€‹â€‹molting metamorphosis, excessive harmful gases will injure the newly metamorphosed bigeye larvae, which is the main reason for the large number of offspring when the metamorphosis is bigeye larvae. In the new improvement measures, since the bottom of the pool is covered with a color stripe film, the gas stones can be directly arranged on the color strip film, and the available water body can be used to eliminate the oxygen-depleted areas, and the gas rock arrangement density is 2-3 pieces/m2. .

2.1 Treatment of nursery water The use of bleaching powder to treat nursery water can not only kill bacteria but also reduce NO2- in water. However, it also has deficiencies. That is, the temperature in the nursery is high, the water temperature is high, the NH4+ content in the water is high, and the bleaching powder can be generated after treatment. Ammonium amines and other harmful substances, but also the growth of algae in the water is also inhibited. It is recommended to polymerize aluminum salt with a concentration of (10~15)X10-6 under high water temperature conditions to concentrate the suspended matter in the water, reduce the COD, and then use the methylene blue at a concentration of 1X10-6 for the team to oxidize the water to NO2-, and sprinkle it all over again ( 50~70) X10-6 concentration particles Buddha powder, adsorption of water bodies such as NH3, H2S and other harmful substances, 300 mesh sieve filter injection nursery pond.

2.2 Cultivation of water temperature control temperature 21 Â°C, Z1 to Z2 only 3 days, after Z2 gradually warmed to 24 Â°C, once every 3 days metamorphosis, larvae good vigor, development and tidy, shortened cultivation time and reduce costs. The author believes that the earthen pond nursery should be delayed from the current mid-April each year (in Rudong, Jiangsu Province) to the end of April. When the water temperature is high, it will begin to grow young.

2.3 Feeding crab breeding has entered the stage of small profits. The application of a large number of baits is one of the means to reduce the cost of raising seedlings. However, the palatability of feeding is worse than that of live brine shrimp and it is easily contaminated. In the feeding, stick to the principle of a small number of times, feeding every 2 hours at the same time need to increase the feeding mother to help digestion, the frequency of change can not be too fast, so that the larvae have a process of adaptation. Z4, Z5, M stage larvae poly angle, the higher the density of the angle should increase the amount of the solution, and according to the specific circumstances increase the number of feeding.

2.4 Water Quality Control In the early stage of earthen pond nursery, the water quality is easier to control. In the middle and later period, due to the increase of feed bait and the sediment quality, the water quality regulation in the middle and later stages should be strengthened in the water tank nursery. The commonly used control methods include changing the water, absorbing dirt and photosynthetic bacteria. The application of water change is the most important means of water quality regulation. Studies have shown that the water change effect is the best at 3 am, and the suction can greatly improve the status of the sediment. The author proposes that each stage of Z1~Z3 sucks dirt once, and Z4 and Z5 suck dirt once a day. Photosynthetic bacteria have long been used for river crab breeding, but antibiotics in breeding water inhibit free photosynthetic bacteria and affect their efficacy. The author proposes to use immobilization technology to fix photosynthetic bacteria with PVA to further improve the status of sediment.

2.5 Light-filled earth pond nursery seedlings in the use of color film for the Shelf mode, but also cover the shade later in the same period, the shed light is too weak to fill the light, the light source is fluorescent. The use of light-filling measures facilitates the photosynthesis of algae in the water, and reduces the oxygen debt and NH4+ in the water, especially after the zero point. The effect is obvious.

2.6 Disease Prevention Virus disease prevention is at a low level and is sometimes overlooked. Studies have shown that some unexplained short-term large-scale row seedlings in nursery production are caused by a zebravirus infection, and the use of conventional disinfecting drugs is not effective. With acyclovir medicinal bath and bait feeding, the disease can be controlled specifically.

Hangwei is a professional manufacturer of , and look forward to cooperation with you!
We strive to provide superior benefits to professionals and patients through the development of reliable products. 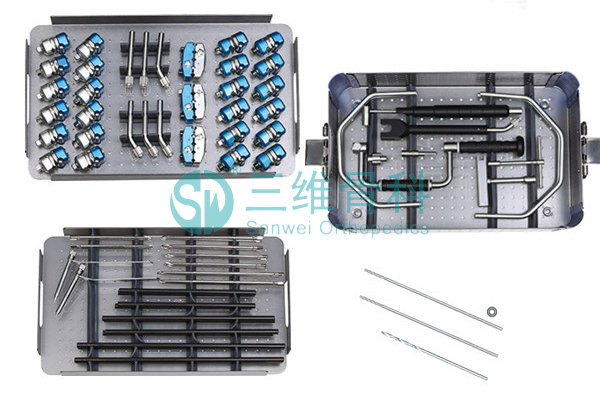